Moulded by serious rethinking of dynamic loudspeaker design, the Vivid Audio B1 loudspeaker is any passionate audiophile's dream. Ultra high performance, technology and aestethetics converge to create this unique loudspeaker. 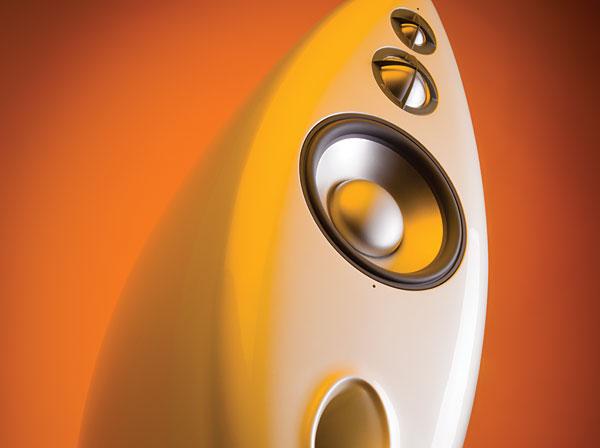 The Vivid Audio B1 is a mid-sized, floor standing model. This is not your typical square box design, and for a good reason too. Every aspect and component of this loudspeaker has been scrutinized and reinvented to create a dynamic and boxless sound.

As with other Vivid Audio loudspeaker designs, this unique cabinet is a result of its function. Designed to be virtually invisible, free from distortions and reflections as typically found in traditional speaker enclosures. The B1 features Vivid Audio's patented drivers coupled to tapered tube absorbers for reaction cancelling. The B1 floor standing model incorporates four drivers in a 3 & 1/2 way system. B1 employs a single D50 mid- range between 900Hz and 4 kHz with the range beyond being handled by a D26 tweeter. Below 900Hz the B1 uses two C125 midbass drivers, one mounted on the front baffle and one on the rear baffle of the cabinet.

These two drivers are internally coupled via a screw tensioning unit for reaction cancelling. Both drivers receive the same signal at frequencies below 100Hz while above this point the drive to the rear is progressively attenuated leaving only the front driver to operate all the way to 900Hz in order to keep the distance between drivers at a minimum around crossover. Fourth order filters ensure phase coherence through both main crossover points resulting in a seamless and symmetrical polar performance.

Integral to the B1 enclosure is the stand. Made from the same carbon fibre loaded polyester compound as the enclosure, this considerable yet graceful design provides an exceptionally stable footing while not detracting from the acoustic environment surrounding the loudspeaker, thanks to the small frontal area of each arm. To further guarantee the stability of the complete system, a total of five custom spikes are mounted around the periphery of the base. Within each of the streamlined arms are hidden separate conduits to guide the Van den Hul® interconnecting cable away from the two internally mounted crossovers into the base. Precision machined WBT® gold plated terminals are discretely located at the rear of the base to allow a visually unobtrusive connection to the outside world.